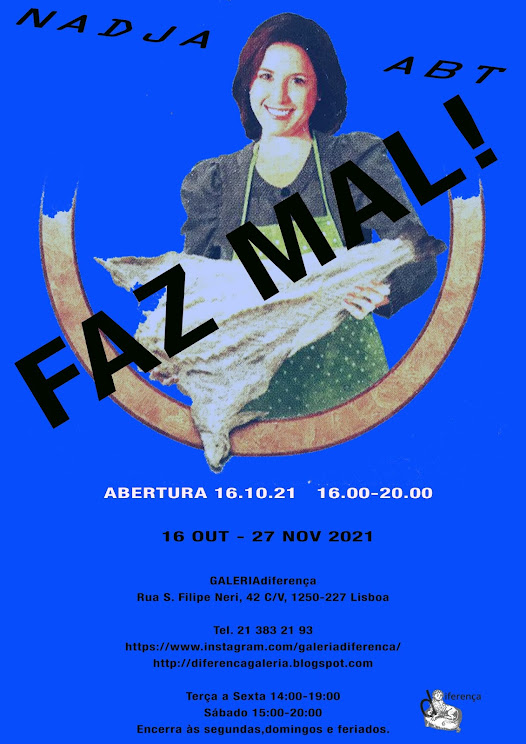 Estamos a dar a volta a nós próprios.

To the journeywoman pieces of myself. (Audre Lorde)

Faz Diferença – a poem by Nadja Abt

In a large supermarket in Lisbon, we discovered a cod can whose motif caught our attention. A housewife with a cooking apron holding the dried fish in her hands.

You are not a fish, you are a UFO, a rock guitar, you are Christ on the cross in the hands of Mary, you are a supposedly stinking vagina, you are the emblem of bloody seafaring, you are tradition in Portugal, in Greece, in Norway, in Germany, you are a weapon and we are now using this weapon. Against patriarchy. We don't need an apron for that, but thanks anyway for the Mother's Day gift.

You are carried in the hands of the happy beaming woman. Yet we know how heavy this dried thing weighs in the arms. And how it stinks.

We're going to do what Man tells us NOT to do.

Nothing bad. Just not nothing.

This is an anti-seafaring voyage. We don't go around in circles, we turn around.

We are turning around ourselves.

We stay on land, because we don't want to discover.

To the journeywoman pieces of myself. (Audre Lorde)

Nadja Abt (b. Vladimirovich) is an artist and writer who lives between Berlin and Lisbon. Abt studied Literature and Art History at Freie Universität Berlin as well as Fine Arts at Universität der Künste Berlin and the Universidad Torcuato di Tella in Buenos Aires. In her works, she constructs feminist narratives that reference the world of literature and film. Recent exhibitions and performances include HUA International Gallery, Beijing; Bärenzwinger, Berlin; Pogo Bar/KW-Institute for Contemporary Art, Berlin; Haus der Kulturen der Welt, Berlin; Pivô, São Paulo; Casa Triângulo, São Paulo. Her solo exhibition at Kunsthalle Freeport, Porto, is on view until 29 October. 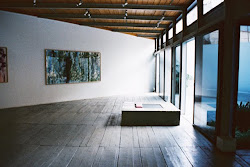